In this story, two PCs are meeting while Reiko’s ally, usually an NPC, is guest starred by a player. This is the second part of the session report for TEoI #3. The previous report was called The Devil-woman

Reiko had resumed her daily grind after a few failed attempts to steal information form the Odessa Trial file. She had been aggressive, and felt that things needed to cool down before Leon would become suspicious about her enthusiasm for the trial.

She was explaining to Sojiro at supper how she had felt that she was followed all day, including at the office. Almost on cue, a large rattling noise came from the back garden as something knocked over the gardening implements. Sojiro ran to the window and carefully peered without being seen. He saw the silhouette of an individual running away from the house to the back gate. Sojiro ran to his room to get his colt revolver while Reiko did the same. The figure in the dark had long vanished by the time that they came back to the window.

Reiko put together a tripwire bound to a pail of broken glass while Sojiro went outside to inspect the garden. It wasn’t possible to trace much, other than he could guess that the stalker had left to the West through the gardens’ right-of-way access.

The night was quiet, very warm. Reiko laid the rustic trap across the back gate entrance and the two returned inside.

Scene 7 – Martije got in the right circles

Maritje wandered around Calcutta in the search of her sister and family friend, Sir Hermiott. She found none and was starting to lose heart. By sheer luck, a woman from the Queen’s red ribbon league recognized her and invited her for tea. The company was so impressed to have a writer in their midst that they had her invited to an evening of songs and music at the Sale Estate. The evening was organized by Lady Florentia Sale. Almost al of the upper crust in Calcutta would be present. Maritje smiled at her good fortune.

When the time came, Maritje swam through the many rooms and rapidly located Sir Mermiott. The elderly gentleman insisted that Maritje resides at his home. He also confided to her that Kate, her sister, was under house arrest the the residence of the Hockners.

Maritje noticed that among the crowd there was two unusual individuals. There was a young asian woman who was making the rounds, she was being ignored by the company, except for the host who was actively introducing Reiko to the cream of Calcutta’s society. The word on the street was that she was related to the Emperor of Japan. She was dressed in western style with just enough of a Japanese flare to avert the conservative stare of the guests. Maritje also followed with her inquisitive eyes a mid-20 asian man, smartly dressed in western attire and working very hard to network with the male guests.

The music and recitations began early in the evening. They featured the modest talents of various denizen of the Colonial upper class. Excitingly, the Japanese princess was slated to play the piano. This drew a few more people than usual into music room.

Reiko has rehearsed a simple but engaging song from the Western repertoire. Her piano wasn’t anywhere as good as she had dreamt of when she landed in Calcutta. She played it well, but more mechanically than with passion. The crowd, which was already condescending to her, were polite by received her performance coldly. Reiko felt isolated, judged and in hostile territory (The reaction roll with the guest as a whole was a disaster, mitigated by her beauty, status and exotic flair. Chauvinism was a factor here).

Later in the evening, a group of rambunctious youths began to converse loudly near Reiko. One of them suggested that it would make much sense for the Chinese to send spies now that the war had been renewed in the Far-East (Referring to the Second Opium war). Reiko took the high road and ignored them at first, until one of the youth, Eric Matthew, directly accused her to be a spy. This situation was most uncomfortable because, after all, Reiko was a spy. However, she read that the youth inferred that she was Chinese because she was asian (rather than truly Chinese under a Japanese false identity).

Reiko was taken by surprise, decided to draw some sympathy from the crowd to isolate Eric, however, her reaction came out as insincere. Maritje, disturbed by the insult, jumped forward and threatened Eric to embarrass him in the papers. However, the young man didn’t bite the bait and brushed off the threat with a smile.

Sojiro stepped in and interposed between Eric and Reiko. “She is Japanese, ignoramus”, he stated. Eric dismissed the comment:“I don’t need to understand you people. The Empire only needs to send the marines to subjugate.” Sojiro saw Reiko in the verge of tears. Sojiro felt like his ancestors were speaking through him. He pulled his white glove and tossed it on the ground. Eric, surprised, in vain looked around in search of supporting laughters. None were to be found.

“Fine.”, he replied as his face turned pale. Eric’s friend arranged for a location and time on the following morning.

Maritje walked home with her Japanese friends. Reiko was still shaken, all three disillusioned with the proper society in Calcutta. Reiko realized that the young Dutch writer was the sister of her target: Agent Odessa. 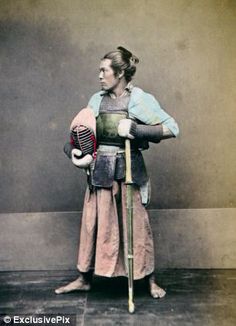 The following morning was foggy. The two men met outside of Calcutta by the bank of a river. Sojiro presented his US-made colt revolver and his katana. Across the way, Eric produced a dueling pistol and a cavalry sabre. Sojiro swindled the briton to choose the sabre by flashing his shiny revolver. The plan worked as planned. He pulled his katana from its sheath and checked the blade. Eric didn’t look very familiar with his sabre.

Sojiro waited for the briton to move first as he had a good defensive angle. He had to feverishly jump back to dodge the sabre and saw an opening for the hilt. The swing threw him off balance for long enough for Eric to lunge at his torso. The sabre penetrated much further than he planned and sent Sojiro into a daze. More than first blood was shed as Sojiro collapsed on the ground. One of Eric’s friend was a physician: he stabilized his wound to contain the bleeding.

The britons helped Sojiro to the nearest doctor’s office and ensure that he would live. A point that no one wanted to make was made. The atmosphere was sombre. Sojiro, having used his katana in anger for the first time, was mortified beyond the duel’s scope.

Scene 9 – An interview with Kate Levenstein

Sir Hermiott managed to get Maritje invited at the Hockner for a social call once. Maritje convinced the host that she should be allowed to briefly meet with her sister that was under house arrest under their roof.

The sisters met amid tears and long hugs. Kate explained how her marriage had fallen appart, her husband had died of an brain hemmorage. She explained to Maritje how she fell in love with a powerful Moghul minister in Delhi and moved there to be with him. She explained to her little sister that she had been framed by someone planting a false letter from Russia in her writing desk. She begged Maritje to pass the message to Amrj that she was OK and would get back to him as soon as possible.

Kate entrusted Maritje with a letter to a pen-pal in Norway. Maritje understood that she wasn’t allowed to take this letter under court’s order. However, she wanted to take it off her sister’s hands. The women parted and Maritje returned home. She carefully opened the letter without breaking the seal. If her flaky sister was a spy, she hoped to find out before the rest of the world.

The letter was sent to a woman named Ingrid Lemner, Oslo, Norway. It read like a standard correspondence to a friend other than it ended cryptically with the promise to return to Oslo when the trial was over. Maritje knew for a fact that Kate never went there. This prompted Maritje to re-read the letter. Reading between the lines, she figured out that Kate was either blaming Amrj or “the astologer” for framing her.

Maritje looked up a map of the Colony and put her finger on Delhi.

Sojiro’s wound was painful, but was healing. Both siblings got a release from work for a fortnight to help him recover. The atmosphere was gloomy in their flat. Reiko wasn’t making any headway and was worried that Mary would become impatient. Her fears were enhanced when Sean the gardener knocked at the back door and invited himself for tea.

Reiko’s fear were alleviated when she realized that Sean was not there to demand progress on the Odessa trial affair, but to give them a new assignment. It was related to the trial, however, as Mary ordered them to find and terminate Amjampur Khan Amjr. Sean produced a picture of the man an dictated a few key facts on locating the man.

“You guys leave for Delhi. Amjr must be taken care of as soon it can be safely done. Mary wants it.”

Maybe travelling away from Calcutta would be a good thing after all. This is assuming that they can both pry themselves off their current duties in the colonial metropolis.