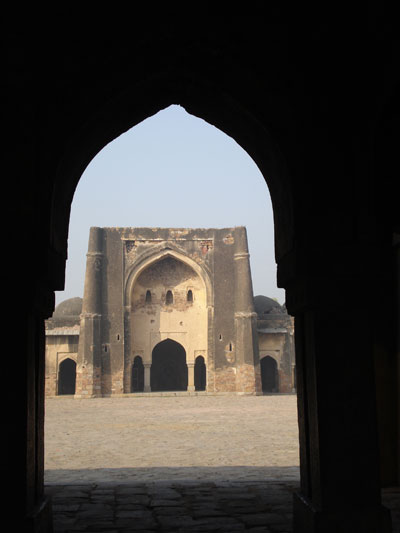 Rafi found himself in a difficult predicament. Most of his assets were into the trade between opium caravaneers from Afghanistan and English interests in Calcutta. With the trouble at the Embassy, and rumours of a revolt, he realized that if trade was to slow down, he would run out of cash to keep the business afloat. His men reported back to him that the Imam that was involved in the abduction of English embassy staff was playing host to a red-haired European man.

On March 3rd, he ordered the European man to be abducted and brought to him for questioning. The result was negative: one of his men ended-up with a shattered jaw and the European man vanished in the streets of Northern Delhi.

A runner arrived in the morning of the 4th to announce to the embassador that sepoy elements of the 6th Bengal lancers had began a mutiny against the Company in the town of Meerut. Gene considered the make-up of England House’s guard: 11 sepoy soldiers from the 6th, and one sneering English Lieutenant. Her husband, Nathan, suggested to dismiss them which resonated with her intuition. Lt. Wessenmoor was sent on his way by noon with the instructions to take care as he would be needed in Meerut. The sepoys assured Devasheesh of their neutrality in the mutiny, but this came across as insincere.

Gene as a rule tended to dismiss Indians, which isn’t a great trait for an embassador. However, she had to admit that Devasheesh was England House’s best asset at the moment. She asked for his help with the coming trouble. Devasheesh recounted his encounter with the airship, which Gene recognized as Russian technology. They connected the dots and conjectured that russian agents were probably involved in the outbreak of the mutiny.

Just about then, Gubdan Tripathi arrived in Delhi and met with his old friend. Devasheesh explained to Gubdan that he needed to assemble a small group of skilled veterans that would be able to back him up in his pursuit of Salim Akbar. Gubdan asked for a few days to return to Lahore and round up a few trusted fellow that were certainly loyal to the Company.

Estate of Minister Amrj, Outside Delhi.

Sojiro‘s condition has been deteriorating steadily since the botched treatment by Delhi’s “top physician”. Maritje spent the day at his bedside while Reiko wandered in Delhi in search of Chinese medicine. That, she found none. However, Jerome from the Embassy referred her to Dr. Hendsbee: Delhi’s only British physician. He treated Sojiro with the full range of 19th century medicine and managed to stabilize him. Maybe Sojiro wouldn’t die in the end.

On the following day, Reiko woke and walked within earshot of an awkward conversation between an English speaker and Amjampur. The tone was cold, Amjampur was eager to know when the man would be leaving. After Amjampur took his leave, Reiko engaged the red-haired European man into a conversation. He was a pleasant man from Wales. Although he was very friendly, he detract all discussion of his business into pleasantries other that he hinted with a bit of macho bravado that he was here on an important and secret mission.

Reiko made note to deal with the mysoginistic fellow in due time. However, she suspected by then that Damian was a russian spy and sat down to craft a coded letter for Sean, her spymaster based in Calcutta. Was everyone in this house russian spies?

Maritje then arrived in the room and met Damian. She had a rough last few days as her flirtations with Amjampur was costing her a bit of her credibility. Amjampur was now a bit more distant. Maritje thought that she could put him at ease with poetry, but it turned out that he was more knowledgeable about it than she was. He quite intentionally managed to detract her questioning about her sister back to the lyrical arts. She was pleasantly surprised to meet Damian and have a chat in fluent English. She could tell that his accent was a bit off. She tried to catch him on minute points of Welsh songs and locations, but Damian was either a real welshman or very well prepared false one.