This session report resumes after 6 weeks of non-fun. A protest was building up outside of England House. The Khan’s guard abandoned their position first, then the embassador and her husband. Only a few people were left to keep the only toehold of the East India Trade Company in Delhi.

The ambassador of the East India Trade Company arrived to the residence of the Hendersons’ in the waning light of the 20th. She was accompanied by her husband, Nathan, 4 maids and two boxes of sensitive material. She prepared three missives: one to be sent to the nearest military base down the Gange and asking for assistance, one to Calcutta to inform of the situation and a last one to the Shah demanding in the strongest diplomatic words and intervention to defend England House. Gene checked her wound and decided to rest for a while until something came back from the Shah’s palace.

England House became virtually undefended after the departure of the Shah’s guard. Devasheesh attempted to shoot a mob wrangler with his jezail, but missed. He didn’t get the chance to see very well the effect of his action, but piled on the antics and yelled at the crowd to disperse. On the ground level, England House’s superintendent Jerome Harbinger was toting his double-barrelled shotgun while examining the scene from a window. Devasheesh’s fire in the crowd dispersed bystanders to an extent, but also triggered a movement forward towards the walls where fire from the 2nd floor would be more difficult. He dodged a rock but got cut in a few places by shards of glass as he dropped to the ground. A man was clearing the window over him, Jerome withdrew across the hall and into the formal dining room. 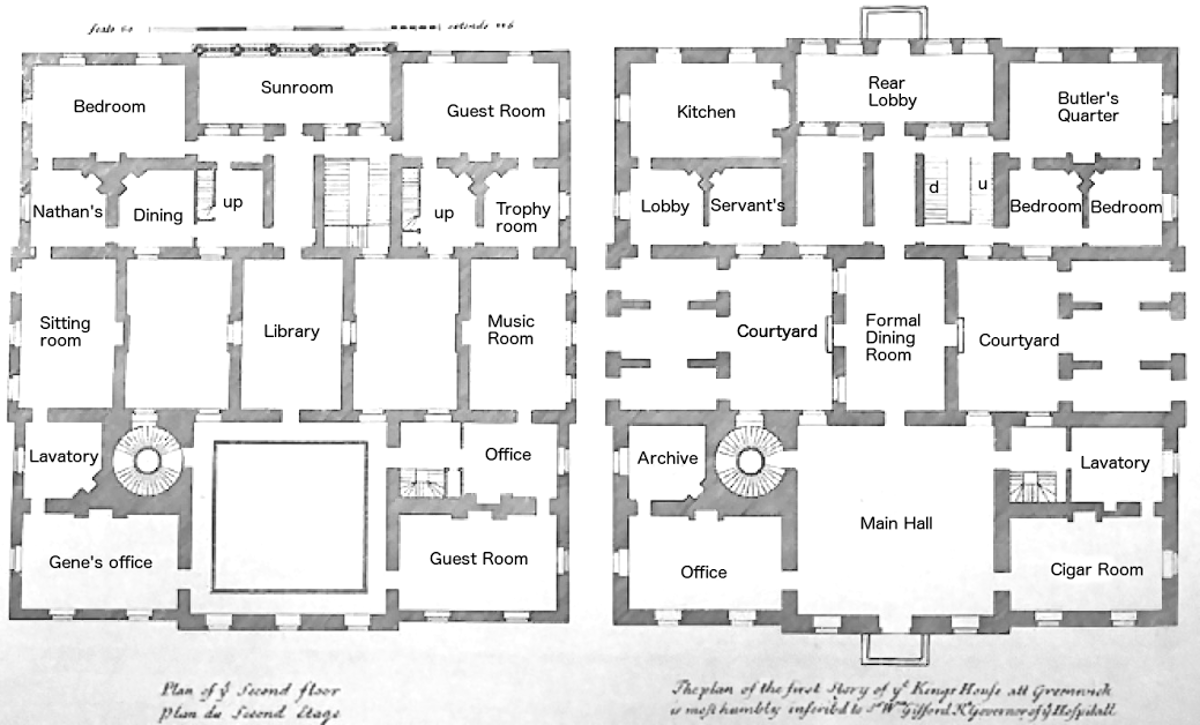 A number of moghul men entered the hall and headed to unlock the door. Jerome opened fire on the man while Sojiro also fired from the upper gallery. In the darkness of the dusk, none of the shot hit but the sound dispersed the invaders. The door was then unlocked, but it was too late as no one dared to enter the hall amid the dust and gunpowder smell. 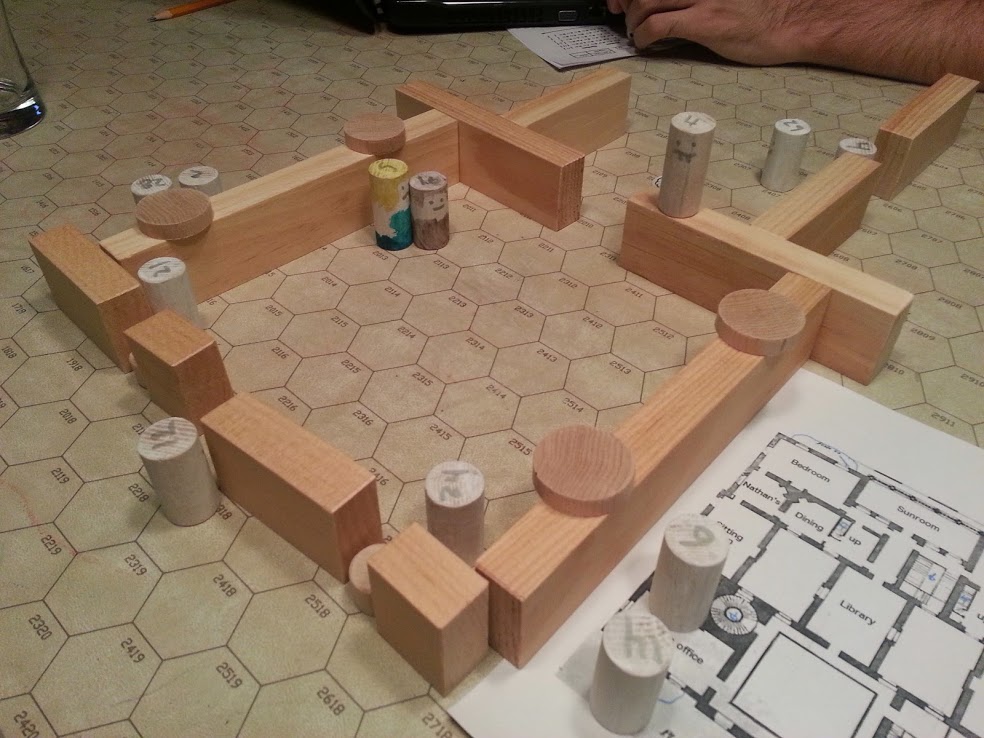 Reiko and Maritje climbed the stairs with a small barrel of gunpowder in hand. Devasheesh instructed them to climb to the second level. While Jerome was reloading his shotgun, a number of protestors broke through the living room door and began to raid the silverware trays. Jerome dashed to another set of stairs to join the others on the second level. Sojiro lit a lamp and tossed it down on the pavement to dispersed the mob crowding the front entrance.

Struggle in the dark

Reiko panicked and ran away from the hall. She got lost in the poorly lit rooms until she barged into a room where she got jumped on by three assailants. She drew her pistol to one and threw him off. Another rammed into the wall beside her and lost his footing. The third one grappled her pistol hand and began to struggle to gain control.

Jerome was first on the scene. He moved in, butted his shotgun against one of the men and discharged the weapon. Sojiro entered the room next and shot the other in the abdomen with his colt. The muslim man fell to the ground and begged to the Englishmen to save his life. They whisked the two surviving attackers back to Gene’s office where Maritje was cowering in the dark.

They cleared the desk and Jerome applied first-aid on the the man. Once the wound was stabilized, Jerome and Sojiro tried to make him talk but got only snickers back. In anger, Sojiro shot the man through his thigh. Devasheesh across the room used a good cop approach and got out of the other man that his name was Amer and that he had been recruited by Amit, the other prisoner, to kidnap diplomatic personel and take them to Meerut (some 30km to the NE of Delhi). Outside, the noise of pillaging had subsided a bit and no attempt were made to break where the Westerners were barricaded. Amit corroborated the story, and accidentally let out that his contact was a man from Peshawar named Salim Akbar (Salim had previously tried to recruit Devasheesh to rebel against the EITC).

The bustle on the streets around had quiet down, and there was much less going on outside of the office. Devasheesh, Jerome and Sojiro decided to secure the second level. On his way out, Sojiro was shot at by a moghul with a “brown bess”. The bullet hit the wall behind him. Sojiro fired back and eventually sent his foe to the ground. They dragged him to the office, bandaged him and got from him that the other wranglers had departed with documents from the archive. Jerome scared the last of the pillagers.

Two careful tactical sweep later, England House was declared secured. A lot of valuable had been stolen, broken glass and stoneware were strewn across the main floor. A man had died, and two suffered gun wounds. Jerome started immediately to board up broken windows and doors. A physician was called to tend to the captured wranglers. Reiko, Maritje and Sojiro were offered rooms on the second level.

Rafi learned of the night’s events later in the night and sent some of his goons to find out what had transpired. He learned a few hours later that a small number of men lead by an Imam named Amit had swindled the crowd into breaking into England House and lay waste to it. His men reported to him that it was said that Amit was entertaining a lot of visitors from out of town in the past few weeks.

Raffi was miffed: so much of his money went into English business already. If anyone was to meddle with his business, there would be trouble for them.

Gene and Nathan returned to England house with the domestic personel in the following morning. Two platoons of Moghul infantry returned as well and began interrogating passer-bys without really attempting to engage with the Westerners. News from the Bengal Lancers had yet to come back to them. Maritje revealed to Gene that she was interested in getting an Interview with Amjampur Khan Amrj. Gene saw this as a possible way to get in touch with the elusive former minister. Reiko and Sojiro also rejoiced at this since they were dispatched to Delhi specifically to assassinate Amrj.

Gene ordered Devasheesh to travel to Meerut to intercept the men interested to buy Kidnapped Westerners.