Getting more out of a single-shot rifle

Single shot weapons are inherently tricky to use well in tactical situations. The main reason: the reload time prevent them from being reloaded within one GURPS melee. There are, however, ways to use them to your best advantage.
Here is a collection of rulings that may not be GURPS RAW but fly in this campaign. 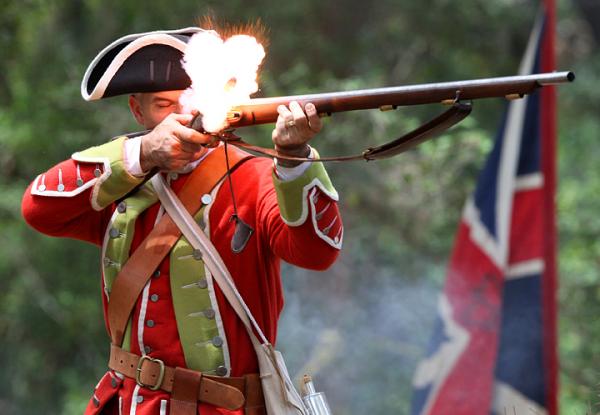 When you fire at an opponent in reach C, 1 or you take an aimed shot, the shot is actually not fired if you fail by more than 1. Remember that using gun in melee combat incurs a bulk penalty (buyable as a technique up to -1). Critical failure still applies.

The defender must decide an active defense before the dice are rolled. Dropping to the ground gives +3 to a dodge, but falling prone to the ground incurs penalties to attack, defend and move. Also, it requires up to 2 change posture action to reverse. Here is another way that a gun can be effective without wasting the bullet.

An attack is declared and resolved normally. Instead of causing damage, the successful attack causes the target to enter a mental stun. For as long as the target is stunned, he/she MUST take a “Do nothing” action as per the rules, but must pay attention to the attacker (and thus can be influenced). The attacker can pull on the trigger at any time and succeed. Such virtual hit grants bonus for one subsequent influence check ( intimidation, interrogation, fast-talk). +2 on extremities, +3 on torso, +4 on the head. Instead of an influence, the attacker may take another turn to target another body part as if it was a fully aimed shot on a still target. The subsequent shot may be a real one, or another freeze! action leading to better Influence bonus.

Freeze! can be used with an unloaded gun if the target believes that the gun is loaded and ready to shoot. In dicey cases, the target may do a check vs Per-based gun skill.

Simply toting a gun without a convincing display of the ability to drive the shot home grants +1 on Intimidation check if the target can see the weapon, and assumes that the gun is loaded.

Getting more out of a single-shot rifle