Maritje (pronounced Marika) was born from a physican father and artist mother in the village of Buiksloot, in the vicinity of Amsterdam. She was a strong willed youngest daughter of the family. Her oldest sister, Catriona, was studying art in Utrech and left for India with her English husband in 1846 when she was 13. Maritje drew from both of her parents and grew into an articulate and artistic young woman.

In 1849, at the age of 16, Maritje boarded in Groningen to attend the University. She was initially interested in Anthropology, but soon found a passion into writing about current affairs. She spent liberally and had to downgrade her lifestyle once or twice to make ends meet until she began writing for a wage in a local newspaper. She failed to impress the University of Groningen and had to give up on getting a degree even though she had performed on par with her male counterparts.

Maritje moved to England in hope to find a more receptive environment to study. She visited Cambridge and spend a years taking courses. She found that she could make ends meet quite effectively by writing for columns distributed in select circles in London. She found a niche writing about technology and progress and became a sought after name to read in the “in” circles of the metropolis. She befriended Professor Mermond, a phycisist in Cambridge, who began feeding her with scoops for seminars and interviews with distinguished visiting scientists. The year was now 1853: the news from India weren’t good as her dear sister’s marriage had fallen apart and Catriona’s husband had died of a brain haemorrhage.

Maritje spent the next 4 years in London maintaining her reputation as a chroniclers for a number of low-issues pamphlet mostly read by the aristocracy. Her ability to fetch the righ story really paid the bills. She began cultivating a relationship with a family leader, Sir Phillip Dermott, whom moved to India in the meantime.

On christmas 1856, she received a letter from her sister begging to travel to India and help her being exonerated of espionage charges. Maritje left London for Calcutta within the week: Kate may have been a flaky artist, but she wasn’t really spy material. 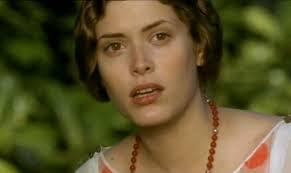