Lord Bell-Hudson is a straight-laced aristocrat native of India. He knows the country well, but his weak constitution keeps him from travelling. He is intelligent, but socially a little bit awkward. He military credentials are mainly ceremonial.

Lord Bell-Hudson is a native of India. He was born in Calcutta of a noble family and strived for most of his life to live up to the expectations of his rank. He joined the Cavalry and distinguished himself. He got very sick while campaigning and ended up in a sanatorium near Darjeeling.

After a year of recovery, he was sent back into Bengal as a dignitary or military rank to the court of Bahadur Shah II in Delhi. He met Miss Roche who was now the mission leader in the Delhi office. Since both were unmarried and of equal birth, it was decided to pair the families and marry. 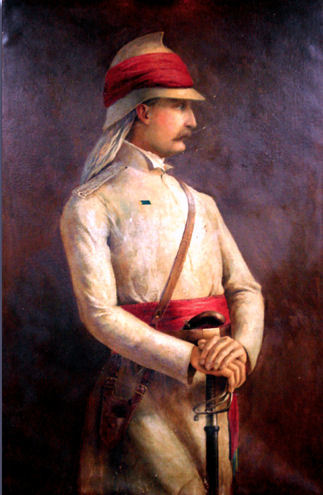