The defendant at the Odessa trial

Real name: Kate Levenstein, born Catriona van der Spoel in Amstedam in 1822, married board member Emil Levenstein in 1841 and moved to India in 1846. Levenstein died of a cerebral embolism in 1853 after which Kate disappeared from the social scene. She re-emerged as a guest to the Moghul Bahadur Shah Zafar II in 1855. She was apprehended later during the year by the king’s security services and turned over to the EITC to stand trial after evidence of collusion with Russia was found in her writing desk. She was the mistress of a minor noble named Amjampur Khan Amrj. The indictment specified that she was manipulating the King’s court to have Amrj installed as foreign minister. The Moghul Emperor is expecting severe punishment for this act of treason.

She is incarcerated in Calcutta in a private estate awaiting trial. She is said to be impossible to interrogate. 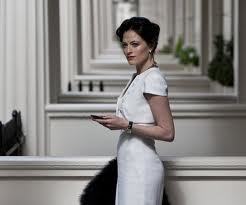