Rafi found himself in dire need of cash for the next opium deal. WIth the trade to Calcutta running dry because of the revolt, Rafi’s men fanned out to focus on their personal business. Rafi, still a kingpin, found himself in a place where he had to do the rounds to collect past due debts from around town.

His presence shook-up shop owners: he collected quite a bit of money this way. However, this was not enough to cover for the next shipment from Afghanistan. Rafi was aware that failing to pay would mean the end of his profitable relationship as a broker.

A letter from Ambassador Bell-Husdon

On the following morning, Rafi got a letter from the Palace. Gene concisely explained that the end was near for the Europeans held by the Shah, and that something must be done quickly. Rafi tried to rally his men again, without much luck.

He returned to some of his clients and offered them to clear their debts if they were willing to help him move a piece of furniture. Rafi went to his office and pulled some EITC stationaries that he swiped in the previous year. He filled a bill of transfer for the piano that was in England House. Forging the signature of the ambassador was simple, given the letter that he just got. The result was flawless.

The strange occupants of England House

Rafi was received by a shifty red-haired man that tried to get rid of him as fast as possible. Rafi presented the Bill of transfer, and the man let him in after consulting with at least another man on the other side of the door. They talked to each other in a strange language that he had never heard before. 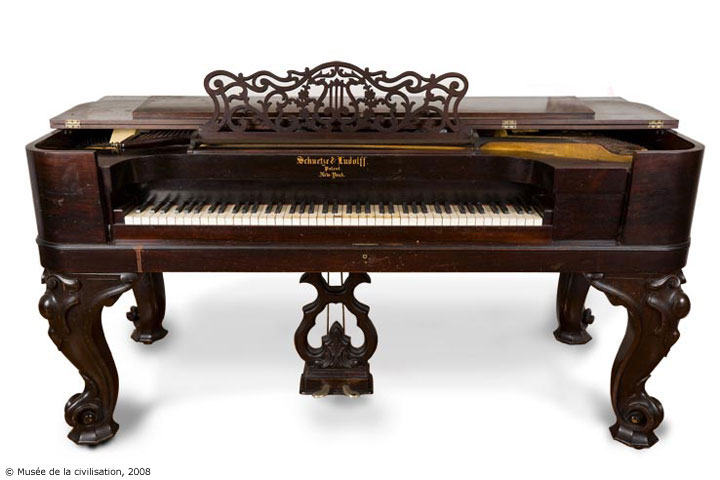 Rafi saw the other Europeans scatter as the red-haired man let them in to fetch the piano. They got to the sitting room adjacent to the main hall, lifted the piano and walked out. Rafi knew for sure that the occupants weren’t EITC staff, let alone Englishmen.

It turned out that the piano was a harpsichord, which was much harder to fence than a piano. Rafi had to search far and wide in the city as European good were at the moment a dangerous thing to own. He managed to get about 300 rupees: much less than the 1000 that he hoped to get for this.

Good news: he’s got the cash for the opium and some to spare to grease the paw of his man on the inside of the Red fort.