TEoI 8 - Jailbirds in the Red Fort

Gene was walking along with the other expats in a hallway leading to the outside. The ambiance was solemn. When she got into the light, she saw the stockades with nooses, and two firing squads readying their rifles.

She woke up, it was just a dream. However, she stayed up for hours rehashing recent events and couldn’t dispel her impression that dismissing the embassy guards had been a mistake*. 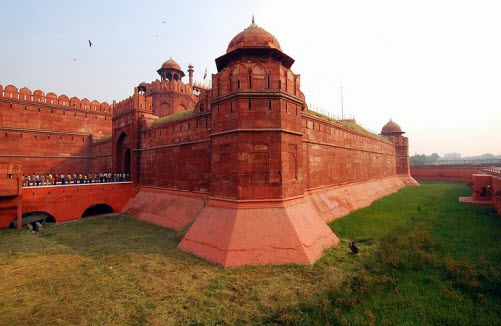 Gene noticed that the hostages in the Red Forts were unsettled. As a symptom, bickering over mundanities was on the rise. She was denied right of assembly, but not freedom of movement between the dwellings. She undertook a campaign to inform everyone of the gravity of the situation with a sober but reassuring speech that she delivered many times. As a result, the community became more settled and the morale improved.

On the morning of March 13th 1857, Minister Arkhesh had an audience with her. The minister announced that Bahadur Shah II had accepted to be named Emperor of India at the request of the mutinous sepoys. Consequently, all of the Europeans in custody of the Shah were to be executed on the 20th.

Minister Arkhesh was grave and apologetic. He told Gene that he would see that communications of a personal nature be relayed to their recipient and that she should ensure that all of the hostages had time to also make arrangements before the day of their execution. Gene knew that this offer extended well beyond his duty to the Shah and that he was taking some level of risk doing this

Gene entrusted Arkhesh with a personal letter from her to Rafi Jahan III, whom she identified as a business associate. Arkhesh complied and relayed the letter. Gene then engaged the minister into a long discussion in hope to draw useful information on the situation outside of the Red Fort. Arkhesh humoured her for long enough to loosen his lips. Gene discovered that there were Europeans walking the streets in Delhi. These appeared to be walking freely despite multiple report of systematic beating and execution of other Europeans and christian Indans.

A few days later, as Gene was watching the clock tick away the last few days of her life, she met an elderly man from the Shah’s court named Deptir. Deptir seemed to have revolved around the hostage enclave since their arrival, but was never given a chance to speak. Gene engaged the man into another interrogation and found Deptir to be avidly interested to talk to her. She tried to get information about the Europeans still free outside the Palace. Deptir proposed to broker a meeting with the foreigner if she wanted.

It is unclear where this would lead. But at this point, only 4 days were left before the day of the execution. Anything may help.

Your are looking at the wrong place.