Devasheesh Naem Pavan took the afternoon off to enter a marksmanship contest. He enjoyed the satisfaction of beating white officers at 50 yds. using his old and trustee jezail. He did reasonably well, (Average dispersion of 2" @ 50 yds), but didn’t win the prize that day. As he was enjoying a chilled tea (with real ice cubes), a muslim man approached him and started to make small talk. 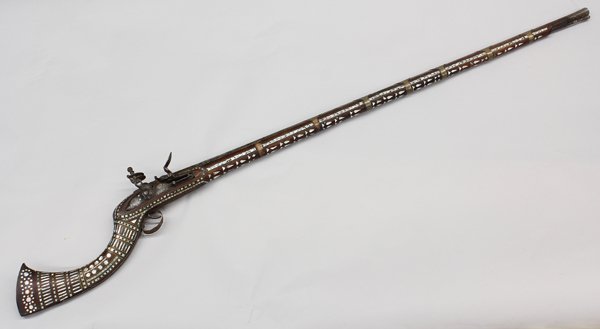 The man’s name was Salim Akbar. He explained to Devasheesh that he was aware of his history as a fierce fighter against the EITC in the past. Devasheesh smiled bitterly, sporting half of his face covered in burn scars and a missing right eye. The men talked frankly, without nuancing thoughts. There indeed was little lost love between Devasheesh and England, but the Sikh man was of unempeachable moral fiber. He explained to Salim that he would not support the Shah in any way or form if a revolt was to break out.

Devasheesh tried to get as much information out of Salim, but didn’t manage to get that much. Salim took his leave and invited Devasheesh to visit him at this business if he ever wanted to chat, or had a change of mind.

Devasheesh thought it to be his duty to report this unusual conversation to someone higher up. He didn’t want this information to land in the wrong hand, so he decided to send a letter to Lord Nathan Bell-Hudson, and old acquaintance, and ask for an official release from his duties in Peshawar so that he can deliver the news directly to the embassy in Delhi.

A friend on the other side